Event
17/11/2015
New Funds - New Opportunities: Increasing Competitiveness in 2014-2020
The reformed cohesion policy will make available up to EUR 351,8 billion to invest in Europe's regions, cities and the real economy. It will be the EU's principle investment tool for delivering the Europe 2020 goals: creating growth and jobs, tackling climate change and energy dependence, and reducing poverty and social exclusion. This will be helped through targeting the European Regional Development Fund at key priorities such as support for small and medium-sized enterprises where the objective is to double support from EUR 70 to 140 billion over the 7 years. There will be stronger result-orientation and a new performance reserve in all European Structural and Investment Funds that incentivises good projects. Finally, efficiency in cohesion policy, rural development and the fisheries fund will also be linked to economic governance to encourage compliance of Member States with the EU's recommendations under the European Semester. Meet us at the "New Funds - New Opportunities: Increasing Competitiveness in 2014-2020" conference, organized by Századvég Economic Research Institute, in Budapest Marriott Hotel, on the 26th of November 2016. Let's discuss strategic opportunities of funding innovative knowledge management projects. 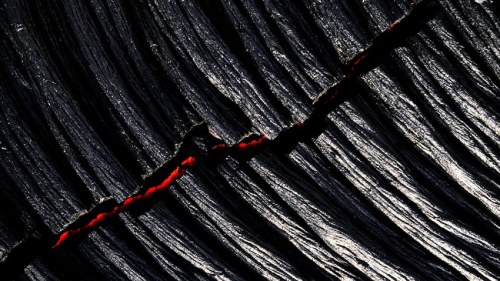 A widely accepted explanation for the failure of respected and well-managed companies is following: good managers focus on doing the very things they need to do to succeed — listen to customers, invest in the business, and build distinctive capabilities — while running the risk of ignoring rivals with “disruptive” innovations.

The Economist called the disruptive innovation concept “one of the most influential modern business ideas”. Other commentators have noted that the theory is so widely accepted that its predictive power is rarely questioned.

In a recent Sloan Management Review article, however, researchers argue: while the theory of disruptive innovation provides a generally useful warning about managerial myopia, it should only be applied when specific conditions are met, especially significant changes in technology, market structure, global scope, and vertical integration.

Given the evidence that the theory has limited predictive power, how should managers react to the appearance of potential new rivals?

Researchers propose a fairly straightforward diagnostic based on authenticated modes of analysis. First, managers should calculate the value of winning. Second, they should find ways to leverage existing capabilities. And finally, where practical, they should work collaboratively with other companies.

To read the original article in Sloan Management Review, please, click on the link below:
http://sloanreview.mit.edu/article/how-useful-is-the-theory-of-disruptiv...

The lean concept implies relentless attention to detail, commitment to data-driven experimentation, and charging workers with the ongoing task of increasing efficiency and eliminating waste in their jobs. But how can this be applied to knowledge work, which has strong tacit components, it is not repetitive and can’t be unambiguously defined?

Research reveals, however, that a substantial amount of knowledge assumed to be tacit doesn’t have to be; it can be articulated and captured in writing if the organization makes the effort to pull it out of people’s heads. Moreover, all knowledge work includes some activities that have nothing to do with applying judgment and can be streamlined by training employees to continually find and root out waste. Even when knowledge is genuinely tacit, creating systems and rules to guide workers’ interactions can lead to more-effective collaboration.

Turning a knowledge operation, which has far fewer repetitive, codifiable processes, into a lean system is not easy. But it can be done, and the system will be tough for a competitor to replicate. This is its real power.

Research defines the following tasks for a lean knowledge organization:
1. Continually rooting out waste should be an integral part of every knowledge worker’s job.
2. Strive to make tacit knowledge explicit.
3. Specify how workers should communicate with one another.
4. Use the scientific method to solve problems as soon as possible. The people who created the problem should fix it.
5. Remember, a lean system takes years to build.
6. Leaders must blaze the trail.

The International Gas Conference has been a great success for decades among the participants of the Hungarian natural gas industry. This annual event is organized for almost 450 participants; therefore it is the largest regional gas conference in Central Eastern Europe. Through the presentations of the key players in the gas industry, participants have the opportunity to engage in professional discussions on the gas market conditions, learn about new trends and jointly analyse ongoing changes.

This year, the main organizer of the conference is the Hungarian Energy Traders' Association, which by being inter alia dedicated to the professional advocacy of natural gas trade licensees in Hungary, actively assists the development of domestic natural gas trade.

This most important and prestigious event of the Hungarian gas industry provides an excellent opportunity to discuss recent developments. Lessons are going to be shared from international and Hungarian market changes, while identifying market trends and future opportunities, thus promoting the successful operation of the Hungarian natural gas market.

During the event, participants will also exchange views regarding the current technical issues of gas sector regulation.

Meet us at the 47th International Gas Conference and Exhibition in Siófok, on the 10th and 11th of November 2015!

The Smart Future Innovation Cluster coordinatedly unite the assets and possibilities of the cluster world, already having considerable history in Hungary, and the corporations and institutions tied to energetics, seeking to uncover synergies in developing and implementing smart grids.

The cluster is organizing the Smart Future Forum 2015 at Széchenyi István University, on the 1st and 2nd of October 2015. Meet us at the Forum, and let's discuss the key opportunities and challenges of smart grids in Hungary!

The detailed programme is available in Hungarian on the conference website: